“Politically, every transformation has begun
with a repudiation of the certainties of the previous age.”

Guy Standing is a research professor at the University of London and a prolific author and world-traveling speaker. In his book, The Corruption of Capitalism (2016), he analyzes how the concept of working for a living has fared under the two economic models we looked at last time (the Fabian Society’s social democratic model and the Mt. Pelerin Society’s free market). I can add little to his analysis by rephrasing it, therefore I’ll quote excerpts at length in this post and the next.

“The period from the nineteenth century to the 1970’s saw what Karl Polanyi, in his famous 1944 book, dubbed “The Great Transformation” — the construction of national market economies.

“[T]he model that underpinned the Great Transformation made “labour,” not all forms of work. Socialists, communists and social democrats all subscribed to ‘labourism.’ Those in full-time jobs obtained rising real wages, a growing array of ‘contributory’ non-wage benefits, and  entitlements to social security for themselves and their family. Those who did not fit this model were left behind.

“The essence of labourism was that labour rights — more correctly , entitlements — should be provided to those (mostly men) who performed labour and to their spouses and children. As workers previously had little security, this was a progressive step.

“The labourist model frayed in the 1980’s, as labour markets became more flexible and increasing numbers of people moved from job to job and in and out of employment.

“Labour and social democratic parties everywhere became ‘reactionary’ — reacting to events rather than forging the future — and regressive, allowing or even fostering inequality.

“Around 1980 saw the beginnings of a Global Transformation — the construction of a global market system. As with the Great Transformation, the initial phase may be called ‘dis-embedded’ because the emerging economic system rendered old forms of regulation, social protection and redistribution obsolete or ineffectual.

“Politically, every transformation has begun with a repudiation of the certainties of the previous age. This time the attack was on labour-based security, previously the objective of governments  or both left and right. Now it was seen as an impediment to growth. Once again, policy changes were dominated by financial capital. Intellectual justification came from the so-called ‘Chicago school’ of law and economics at the University of Chicago, whose leading lights went on to receive Nobel Prizes. Their agenda, honed in the Mont Pelerin Society set up by Friedrich Hayek and thirty-eight like-minded intellectuals in 1947, evolved into what is now called neo-liberalism.

“This meant the liberalization of markets, the commodification and privatization of everything that could be commodified and privatized and the systematic dismantling of all institutions of social solidarity that protected people from ‘market forces.’ Regulations were justifiable only if they promised economic growth; if not, they had to go.

“As a consequence of these developments, ‘in-work poverty’ has rocketed. In some OECD[i] countries, including Britain, the USA, Spain and Poland, a majority of those in poverty live in households where at least one person has a job. The mantra that ‘work is the best route out of poverty’ is simply false.”

I.e., according to Prof Standing, historical and contemporary adherence to the Fabian and Mt. Pelerin ideals has skewed and will continue to skew the notion of working for a living in ways that are unsustainable in current economic reality.

Ironically, Lenin’s dictum  that “If any man does not work, neither let him eat” was first articulated two thousand years ago by none other than St. Paul. 2 Thessalonians 3:10. Thus the idea of “working for a living” has long persisted as a cornerstone belief in communist, socialist, and capitalist economic theory, giving it nearly universal sacred status. To question this ideal is truly to trample on hallowed ground.

[i] The Organization for Economic Cooperation and Development has 34 mainly industrialized countries as members.

Yes, ideas matter. In economics, they matter a lot.

Three key economics ideas have shaped academic debates and national policies about economics for the past 240 years. Communism was the latecomer:  Karl Marx wrote The Communist Manifesto in 1848 and Das Kapital in 1867, and his ideas took their place in the triumvirate in the 20th Century. Meanwhile, Scotsman Adam Smith articulated capitalistic economics in The Wealth of Nations (1776), which subsequently split into two key versions.

The first was championed by the Fabian Society, formed in London in 1884 in part as a counter to the growing interest in Marxism. The Fabians’ ranks included H. G. Wells and  George Bernard Shaw, and their agenda was democratic socialism, which became Europe’s dominant model. The Fabians advocated nationalized industry, centralized banking, and social welfare through “state-protected trade unionism and other state interventions such as social security and unemployment insurance. And [they] did so by claiming that capitalism worsens inequality and exploitation, that it is rife with robber barons and virtueless inheritors.” A History of the Mont Pelerin Society (1996), The Foundation for Economic Education.[1]

The second major version of capitalism got its most significant boost in 1947 when Austrian-British economist and philosopher F. A. Hayek invited a group of intellectuals to meet in Mont Pèlerin, Switzerland to chart the Western world’s recovery from WWII, and specifically to counter Marxism  and Keynesian economics. The group became known as the Mount Pelerin Society. Its original gathering included luminaries such as Hayek, Karl Popper, and Lionel Robbins of the London School of Economics, and Milton Friedman and George Stigler of the University of Chicago. The MPS agenda came to be known as neoliberalism, and advocated private enterprise and limits on government regulation of the kind that — despite the word “liberalism” in its label — have become associated with conservative politics. 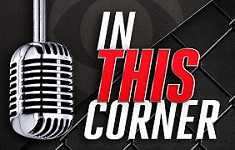 Thus the lines between economic ideas were drawn, and debates among them persist to this day. Of the three, Communism’s Soviet version tanked in the late 80’s. but persists in China, albeit in vastly altered form. Meanwhile allegiances to the competing schools of capitalism are today more polarized than ever.

But do any of these models support current realities? A whole new generation of economists don’t think so, and believe it’s time policy-makers heeded some advice articulated by John Maynard Keynes:

Harvard Law professor Lawrence Lessig wrote this in The Future of Ideas:  The Fate of the Commons in a Connected World (2001):

“A time is marked not so much by ideas argued about as by ideas that are taken for granted. The character of an era hangs upon what needs no defense. Power runs with ideas that only the crazy would draw into doubt. The “taken for granted” is the test of sanity, “what everyone knows” is the line between us and them.

“This means that sometimes a society gets stuck. Sometimes these unquestioned ideas interfere, as the cost of questioning becomes too great. In these times, the hardest task for social or political activists is to find a way to get people to wonder again about what we all believe is true. The challenge is to sow doubt.”

“While experience is an important aspect of excellence in any creative discipline, one risk of being a seasoned pro is that we become so entrenched in our own point of view that we have trouble seeing other solutions. Experts may have trouble being flexible and adapting to change because they are so highly accustomed to seeing things in a particular way. For this reason, the newcomers to a field are sometimes the ones who come up with the ideas that truly innovate and shift paradigms.”

In the coming posts, we’ll examine some of today’s paradigm-shifting economic ideas and their impact on the contemporary working world.

[1] For another excellent review of this history lesson, see The Mont Pèlerin Society: The ultimate neoliberal Trojan horse (2012), The Daily Knell.